You will be aware that there is a push for a Wellington supercity. Here is our submission to the Local Government Commission:

We are a political party that was started in 2011. Our goal is to have a just and sustainable economy that mimics nature in its organisation. We want a tax system that taxes what you hold or take not what you do or make. We want a money system where money is created without interest by the people not by commercial banks. We want a welfare system that encourages sharing, honesty and intimacy. We want open government and participatory democracy, including participatory budgeting.

2. We do not favour the proposal in its current form but would recommend an entirely different form of cooperation and sharing. While we are in favour of the organisation of a larger unit, not all power and control should go to the central body. Your model does this. All revenue is collected centrally and it does not appear to be shared fairly. All major decisions appear to be made centrally or by unaccountable Council Controlled Organisations. This is not nature’s model. Although we understand that ‘finance
follows function’ it is the central organisation that does all the deciding in your model and this is unacceptable.

We like both big and small and so we commend working on the organisational model from scratch. We believe that each small community have its own unique nature and be in a state of constant negotiation with the nearest big centre and with the centre. As far as possible it should recycle within its own community. When there is a major financial decision to be made there should be participatory budgeting.

3. Organisation of government should resemble nature. Nature has complexity, continuous recycling of energy and matter. There are managed boundaries. In nature there are systems within systems and wholes within wholes. There are well designed feedback loops for constant readjusting towards equilibrium. There is continuous self-organisation and response to stress or change. In nature there is no conflict between the needs of the larger whole and the needs of individual cells or organs. n nature decision making is spread. Cooperation supplements competition. There is diversity and coordination of parts and an awareness of the whole. Since for any whole part the energy and resources in must equal the energy and resources out, it is critical not to deplete resources from the periphery or it withers and that is not good for the whole. CCO’s must be managed on this principle.

4. This requires the reinstatement of paid community boards and the right of local communities to elect their own community board. Democracy costs money and we should not sacrifice democracy to starve the periphery of representation. There needs to be a balance between efficiency and resilience. Nature manages quite a lot of replication. It saves energy and resources by its superb organisational principles. Although under this model Local Boards (formerly councils) have the choice to have local
committees (previously Community Boards), it must be remembered that Kapiti Coast District Council in 2008 was one vote away from disestablishing Community Boards.

5. As a second best alternative please at least recommend legislation to require local representatives to call public meetings to discuss major budget decisions at local level and give them the money to do this.

6. CCOs must be answerable to elected representatives and the LGC must make it clear how this is to happen. These have largely been responsible for the fact that both Rodney and Waiheke are now working to escape from the Auckland supercity. We need more information on CCOs and their powers.

7. We endorse the submission of the “Land” Rent for Revenue and Justice Association of New Zealand where it recommends that in Local Government reform a larger entity should reinstate a rating system based on land value alone rather than capital value.

a. It is a progressive tax. Rating on land value alone means rates are lower for more ratepayers. Hence where a poll has been taken –

a situation that existed for decades – the public has has always chosen land value rating.

b. It discourages sprawl and saves public money. Since sprawl leads to a demand for building infrastructure it is essential financially to have a rating system based on land values. When this happens, landowners will either sell underused sites or use them appropriately. Capital value rating results in cities with holes in as development often “leapfrogs” outwards in search of cheap land.
Wellington should remain compact and we should encourage compact development in each town within the region.

c. There should be public ownership of infrastructure. The larger council should own and coordinate the infrastructure – the natural monopolies of water, main roads, rails, pipes, wires, ports and airports. Where possible the operation should be leased to private operators at market rentals.

d. It discourages speculation because those who do not use valuable land properly are penalised.

e. Land value rating encourages building and improvement of properties, whereas capital value rating discourages it by penalising it.

This is good for business. It is no good arguing that Wellington economy is not flourishing and then putting in a rating system that discourages economic activity. 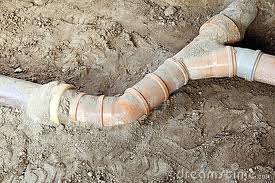 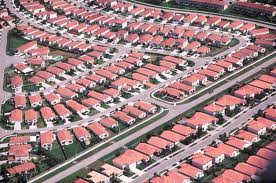