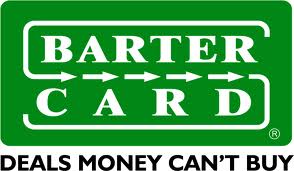 Active membership of a barter company can increase the customer base of a business, sell excess stock and bring new trade. But governments have failed to recognise the alternative currencies of the trade dollars and do not yet accept them as payment for tax.

The currencies of barter companies currencies would be acceptable in the payment of tax at national level. These are generally referred to as Trade Dollars. The Inland Revenue Department has too long been inflexible in this regard. If they accepted the currency they could easily spend it with one of the members of the barter company. In New Zealand Bartercard has 75,000 members worldwide who could provide goods or services to government. It is time Government supported barter companies.

Since small and medium sized businesses create the vast majority of jobs in New Zealand all efforts should be made by government to think outside the square and help them. It is nonsense not to accept their GST and tax in their own currency. Government can easily spend trade dollars.

Business to business currencies are the future for our job creation. We need to learn from countries like Uruguay and from the active network of those who are working to establish this sort of currency.