Complementary currencies.
A great many trades do not require precious national currency or even a regional currency like an Auckland currency. At the national, regional, iwi and community level a variety of interest free currencies are possible and the New Economics Party would encourage diversity.

Let’s take the bigger of these complementary currencies first – national currencies. These are mostly business to business currencies. An example of one which would inject liquidity into small and medium sized businesses is the C3 from Uruguay. It is an improvement on a Swiss system called WIR in that it is redeemable for national cash. Then there is the more established mutual credit  Business to Business (B2B) ‘barter’ networks. A local example is Bartercard.

Thirdly there are community currencies. There is a plethora of designs available worldwide. There are two main complementary currency models: mutual credit circles include  Local Exchange Trading Systems (LETS), Time Banks where each trader ‘issues’ currency or credit at the point of trade; ‘local fiat’ (issued and backed by some local ‘authority’ with national currency, goods and services or rewards) . There are Ithaca HOURS, Banco Palmas, Berkshares, Euro backed Regiogeld, Transition currencies, South Wales Time Networks etc. There are also hybrids in various places.

The recent spread of timebanks in New Zealand, where members in a community help each other and pay in Hours, is encouraging because it helps with building social capital and strengthens that community. Everyone’s Hours are equal. Organisations can join and teaching and learning can occur. Lyttelton Timebank, the first one in New Zealand, played a major role in assisting civil defence after the Christchurch earthquakes as it had already contributed to the social cohesion of Lyttelton and had established networks of helpers. The establishment of timebanks in every community would be encouraged so that people can exchange skills on an equal basis and reweave community hour by hour. Timebank coordinators would be funded. In this way community building can be fostered at local level for minimal cost.

And it isn’t just in New Zealand that timebanks are useful. See a story of a Spanish timebank and how it helps. 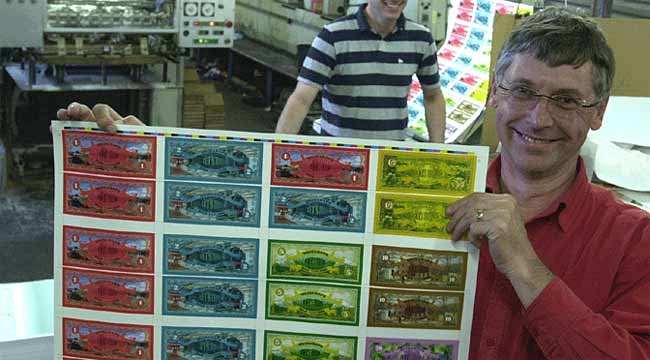 Local communities can establish local vouchers for the exchange of goods in their district. Local businesses would accept local vouchers backed by a certain quantity of goods produced in the area. One model for success is the Chiemgauer in Germany where a currency has a circulation incentive to ensure people don’t hoard it. This is being emulated in Ashhurst and in the Bay of Islands in slightly different forms.

And it doesn’t always have to involve notes. In the UK the Brixton Pound has now gone digital and people can pay with their mobile phones.