Under this category come many issues.

1. Managing borders. The global economy is disobeying fundamental laws of nature. By insisting that countries are borderless, it has become dysfunctional and sick. When the Greek economy gets sick the whole of Europe suffers and there is danger of spreading to Italy and Spain. High volume currency trades flick around Earth in mini-seconds. No country can maintain its integrity while its borders leaks so badly. Pathogens enter. “Free trade” has been largely for the benefit of a relatively small number of Transnational Corporations who write international agreements so they have more control over governments. The most recent agreements allow TNC to sue governments which regulate, surely an obscenity of justice. But during the 1998 financial crisis Malaysia secured its borders and recalled its currency with good results. International trade has seen numerous laughable situations where identical goods cross mid-ocean.

We need to rewrite the rules of global commerce to secure the right of each nation to regulate cross-border financial and trade flows.

2. Currencies. A better way to ensure that trading is easy is to create regional currencies, which coexist alongside national currencies. Just as we phone those within our own dialing code more easily, we trade more easily with those who share a currency with us. The Euro for example is great for trade within Europe but it should exist with the drachma, the mark, the franc and so on. Australasia should have an ANZAC currency together with the Australian and New Zealand dollars. In this way each country and each region can retain its integrity and regulate cross-border financial and trade flows.

3. The Poverty Gap. The gap between the haves and havenots has continued to widen under the current monetary and economic system. It is grotesque global injustice. Already, the FAO estimates 1 billion people are starving and another 2.5 billion are malnourished. With food prices climbing, yield productivity reaching its limits, and the global population on track to hit 9 billion by 2050, it appears we are on the brink of major catastrophe.

4. Preserving the integrity of each country. The international trade agreements are starting to give more and more power to the global transnational corporations at the expense of governments.

5. Currencies for international trading See section on this.

The Trans Pacific Partnership Agreement should not be signed.

We would require all corporations that choose to operate in more than one country to charter an independent local subsidiary in New Zealand with majority ownership by New Zealand nationals. Each subsidiary would be democratically accountable to our government for following our laws.

Look to Nature. How would Nature design a global financial system? 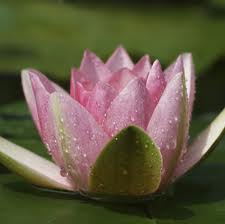