Here is a slideshow created by Amanda Vickers explaining how money is created.

Money creation and the nz economy from Amanda Vickers

The right to create our own means of exchange is the essence of our national sovereignty. And we can do this interest-free.  Democratically elected governments with full sovereignty need never borrow from banks at interest. That is giving our sovereignty to private corporations.

The proposal is that new official-currency money  should no longer be created by commercial banks as profit-making loans to their customers. It should be created by central monetary authorities (today’s central banks) which should give it as debt-free public revenue to their governments to spend into circulation for public purposes.

The danger with fractional reserve banking is that not everyone can get their money out at the same time because the bank has lent out many times the deposits it has received. A run on the bank brings panic. The higher the fraction of reserves which are kept in the bank, the more secure the bank is. Currently there is no minimum fractional reserve the fraction of the money supply which is kept at the bank. So the first step in national monetary reform to be taken is to set a minimum reserve and then gradually increase it. That will reduce interest costs and provide liquidity for local infrastructure projects (the Christchurch rebuild for instance). 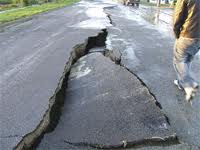 The money system is now hard for the average person to understand, inherently unsafe and unstable, almost impossible to control, and too expensive. It is increasingly perceived as part of an unaccountable system of money and finance that needs reform at every level – local, national and international. We don’t want to forever fight the money power to create good in the world: we want to change the money power so that we don’t need to fight it.

Reform is basically simple. It is in two parts.

1. Central banks should create the amount of new non-cash money (as well as cash) they decide is needed to increase the money supply, by crediting it to their governments as public revenue. Governments should then put it into circulation by spending it.

2. It should become infeasible and be made illegal for anyone else to create new money denominated in an official currency. Commercial banks will thus be excluded from creating new credit as they do now, and be limited to credit-broking as financial intermediaries.

It will be for central banks to decide at regular intervals how much new money to issue. They will make their decisions in accordance with monetary policy objectives that have previously been laid down and published, and they will be accountable for their performance. But they will have a high degree of independence from government, giving governments no power to intervene in decisions about how much new money to create. Scaremongers will raise the spectre of inflation. But we show that, among other benefits, seigniorage reform can be expected to provide more effective safeguards against the risk of inflation than exist today, when commercial banks print almost all the new money.

Among the predecessors of these reformers were two of the most eminent U.S. presidents. One was Thomas Jefferson (1743–1826) who was convinced that “the issuing power of money should be taken from the banks, and restored to the people to whom it belongs”. The other was Abraham Lincoln (1809–1865) who urged that “the government should create, issue and circulate all the currency and credit needed to satisfy the spending power of the government and the buying power of consumers”

A simple legal declaration will convert traditional sight deposits from being part of the banks’ balance sheets, to being current accounts containing non-cash money managed by banks as a service to their customers. It should come into force on the same set date as the change in the law on legal tender.