Nearly every relationship essential to life depends on money. This gives ultimate power to those who control the creation and allocation of money. But as humans we have designed the money system, we need to be aware that we have the power to change the way we create money so that it serves all life. Here is a clear short talk on how money is created. And if you want a good up to date 18 minute video on the future of finance try this one from Jem Bendell of UK.

Most of our money is issued by private banks that manage it for the exclusive benefit of their shareholders. It is issued as debt to be repaid with interest. But the interest has not been created. Not all borrowers can repay their loans with interest at the same time because there is not enough money in the system. So this requires at least one borrower to raise a new loan and so the total money supply must keep on increasing. This system leads to growing debt, a growing money supply and therefore the planet-killing imperative for perpetual economic growth. Since the deregulation of banks in the 1980s there has been a huge blowout in credit, and half the credit is now created by the investment banks through a new range of financial instruments. 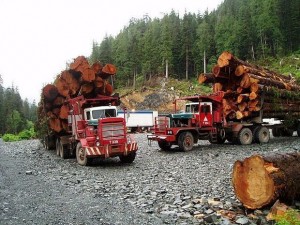 Forests are turned into money, gifts are turned into services and our cultural capital is monetised. This imposes an ever-increasing demand on the natural resources required for growth – not to mention the social harm that results from a system of ‘winners and losers’. It widens the gap between the rich who are net lenders and the poor who are net borrowers. It causes people and firms to act in a dog eat dog manner, as everyone is trying to compete for the scarce money in the system. It is also very unstable, leading to banking crises, monetary crises or sovereign debt crises.

Few people in the New Zealand realise that they are using privately created money without knowing it – and using a private service always comes with a price tag. Our means of exchange should be a public utility.

This system is also a monoculture. But currencies can be created by any group of people who agree that something will be accepted for exchanges of goods or services.

Any properly functioning economic system has as its purpose the provision of goods and services for a community. It is putting the cart before the horse if money supply is allowed to govern production. The financial needs of production and distribution should determine the money supply. It is only when there is enough money (whether national, regional or local) in the system and it is circulating fast enough that there can be full employment. If we don’t have full employment there is no hope for our youth and a complete breakdown of systems may be just around the corner. Full employment is not possible with a centralized monopoly money system linked to a global system dominated by big unregulated banks, investment banks and wealth management companies.

A central service of governments — supplying money — has been privatised and it has been done by stealth in the western world.

So in a world where less and less energy is going to be available this system is not going to  work. The private interest-bearing money must be abolished and replaced by interest free public money put into circulation by public bodies at all levels.  We would vest this money creation power throughout the community at different levels of organisation. There would be continuing negotiation between the levels to create a dynamic equilibrium.

A debt-based method of creating money cannot work if less and less energy is going to be available. New ways of issuing money will therefore need to be found. As Richard Douthwaite explained  “A total reconstruction of our money-issuing and financing systems is therefore a sine qua non if we are to escape Vesuvius’ flames.”

However we would not start by changing the current money system. There are five reasons for this:

1. Replacing a monopoly money system with another monopoly is not going to work. It will be still vulnerable to shock and the economy would not be resilient with a monoculture currency.

2. If government created all the money, there could still be inflation as in Zimbabwe in 2009 under President Mugabe.

3.  While there would be no risk of sovereign debt crises or bank crises, but there could still be monetary crises.

4. The banks are too powerful. In Washington, for instance, there are five bank lobbyists for every legislator. We must be pragmatic.

5. Changing a system dramatically like this brings huge shocks to the economy. It can’t be done except on a massive scale and sometimes there are unintended consequences, involving greater risk.

Our recommendations are for more gradual change.

Our major proposal for monetary reform is the currency, tax and welfare reform proposed here. We also will make it easy for a range of complementary currencies. We believe in currency diversity and our party would support what is already happening.

The transition to a more diverse monetary system is happening largely outside of governments and large financial institutions. People within communities are working together to solve problems and meet their basic needs.

Here is a link to a short talk by Bernard Lietaer in October 2011, explaining why a monoculture currency is unstable and giving examples of several complementary currencies.

3 thoughts on “Monetary Reform with a difference”