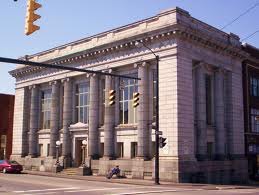 It is clear that in an energy scarce world we are going to have to find new ways of financing business. New ways of borrowing and financing are going to be required too, since, as incomes shrink because less energy can be used, fixed interest rates will impose an increasing burden.

Having a locally owned and controlled bank will be the first step. With the disappearance of the privilege of seignorage as a source of income, there will be diversion to investment in green business. The reinvention for the 21st century of safe regional savings and loans banks, savings pools, building societies, mutual insurance societies would be encouraged so that people could borrow money from others at a local level. Without the privilege of being able to create the nation’s money supply at a profit,  banks would then have 100% reserve, thus reverting to Savings and Loans Banks which lend out depositors’ money.

David Korten in his New Economy Working Group Report, How to Liberate American from Wall Street Rule, has  suggested that the system of community banks, mutual savings and loans and credit unions is one with proven capacity to perform the desired functions. It worked throughout the 1940s to the 1960s. It was well regulated and decentralised banking system and provides a model to restore financial and economic integrity. There is a Public Banking Institute in USA promoting state banks.

However, with the introduction of local currencies called Rates Vouchers issued by local authorities, it is clear that local banks will have to deal in both currencies. Local authorities will be working very closely with local banks or credit unions. People will be able to open accounts in Rates Vouchers as well as national dollars and will carry a smart card with both currencies loaded. The local currency will have a circulation incentive while the national currency doesn’t have one.

Savings Pools. A Savings Pool is a group of people who pool their individual contributions to combine their purchasing power and avoid the interest they would otherwise pay over a lifetime.

Living Economies has developed software to make it easy for a group of people to pool their savings so that they can in turn borrow from the group for a desired item. There is no reason left to borrow from the bank at interest.  We’ve grown accustomed to thinking and acting as economic islands, independent of our community. Our household finances, for instance, are nobody else’s business. Our mutual isolation in money matters, however, is costing us very dearly.

Another ten families decide to form a Savings Pool. Each contributes $1,500 per month, taking turns to apply to the pool itself for home funding. After 25 years, each family has a freehold house to show for the $225,000 it paid the vendor – plus $225,000 in savings!

The Savings Pool has paid not one cent of interest. The simple step of forming a pool has saved these ten families $2.25 million that would otherwise have gone to the bank

We will promote local public banking and the growth of Credit Unions.

We will promote local insurance or at least the reestablishment of publicly owned insurance companies.