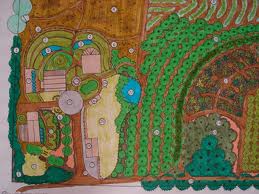 Gary, a long time permaculture teacher has recently written a booklet called Natural Economics.  Gary has a Master of Commerce, a Bachelor of Science and a Bachelor of Engineering. He works as a soil engineer.  He lives with his partner Emily on a small farm in Manakau, north of Otaki. They have a wide diversity of farming and forestry activities, from home gardens and orchards to staple crops, animal grazing, firewood and plantation forests and wilderness.

Our party is very much about applying the principles of permaculture to economics and Gary in this work has written of life and death, growth and decay, expansion and contraction. “Natural ecosystems”, he says “have a very different rhythm to that of our present economy with its time-rigid orderliness, high energy and destructive technology and ever increasing exploitation and expansion of consumption”.

“Well functioning ecosystems are self-organising and maintain themselves by continual exchanges and the flow through of energy or information, with multiple connections and feedback linkages.”

He talks of natural economics being achieved through a common ownership of the basic resources of the land and a universal income for all citizens.

There is more. This little booklet is attached for all to read. A fuller review of it is here 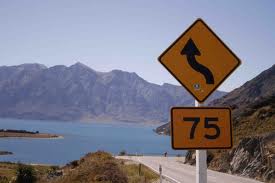 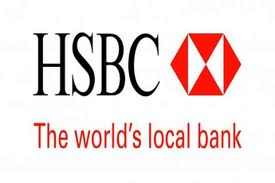 Petition extra information  (This is the all in one information a backed A4, which condenses the three which follow into one)

Who owns the Australian Banks

(Click on the above links for the petition form, the sheet of explanation you can hand out or sign the online petition)

The online petition is at http://www.avaaz.org/en/petition/Reform_the_banking_system_so_that_no_more_bailouts_are_ever_needed/?cHHSRcb. It has kindly been created by one of our supporters, Lewis Verdyn.

Remember online petitions don’t count in the actual numbers for the NZ Parliament as many will come from overseas, but they are noted in the cover sheet.

We don’t want either taxpayers or bank customers to have to bailout the banks in the event of a bank failure. We believe banks should be stable in the first place. That will take radical monetary reform and this has to be done internationally and simultaneously. Our petition is attached, along with a sheet of explanation.

Because we are liaising and working with other organisations wanting the same thing, we have created a Facebook page at http://www.facebook.com/pages/Petition-for-a-Parliamentary-Enquiry-into-making-banks-stable/420764948002065. Please like it and contribute to the discussion and information sharing there.

We also have an online petition (although it isn’t officially counted, the Parliamentary Office says to mention the number of online signatures we get on the cover page.) These signatures of course will come from all over the world. It is here

Also if you would like to see a 35 minute explanation of The Chicago Plan Revisited by one of the authors, Dr Michael Kumhof, you might like to visit http://youtube.googleapis.com/v/YnAtHbDptj8&hl=en_US&fs=1&

You will recall we wrote to the Minister of Finance on 18 December regarding the The Chicago Plan Revisited. We have now received a reply. It seems the Government no longer wants the taxpayer to bail a bank out in the event of failure, so it is setting in place this thing called the Open Bank Resolution (they say by 30 June) This is a process in which in the event of a bank failure, banks will be able to give your deposits a ‘haircut’. Any bank creditor is vulnerable. But burdening savers with this risk is no more desirable than burdening taxpayers. We want banks fundamentally structurally reformed so that there is no risk of a run on the bank. You see while banks have the power to create the money supply, if everyone came to the bank for their money at once there wouldn’t be enough for everyone.

Anyway we are contemplating our next step. We would far prefer the The Chicago Plan Revisited and want to make it work. It would have to be implemented internationally simultaneously and New Zealand should play its part in making this happen to protect us from financial contagion. Here is the letter

Thank you for your email of 18 December 2012 regarding the recent International Monetary Fund (IMF) paper on the ‘Chicago Plan’ by Jaromir Benes and Michael Kumhof.

Their paper has stimulated significant debate among economists. While some economists have supported the arguments made in the paper, others have questioned the desirability and the practicality of its proposals. For example, I refer you to a recent paper by Adair Turner, chairman of the Financial Services Authority in the United Kingdom, which discussed the Chicago Plan (http://www.faa.gov.uk/static/pubs/speeches/1102-at.pdf). Turner argued that even if implementing the plan was practical, it may not be ideal, given the role of private banks in risk pooling, maturity transformation and their ability to allow consumers to smooth their consumption through their lifetime.

Despite the issues relating to the feasibility of the plan, many of its aims are consistent with the Government’s policy objectives. As confirmed in the recent Half Year Economic and Fiscal Policy Update (HYEFPU), the Government is committed to reducing net public debt to below 20% of Gross Domestic Product by 2020. In addition the Policy Targets Agreement (PTA) signed with the new Governor of the Reserve Bank includes a commitment to take account of the efficiency and soundness of the financial system when setting monetary policy (http://rbnz.govt.nz/monpol/pta/4944840.html). The RBNZ Governor, Graham Wheeler’s recent speech also notes the Reserve Bank’s current work on developing macro-prudential policy instruments and an Open Bank Resolution system to maintain a stable financial system and minimise the damage to the wider economy in the event of a bank failure (http://rbnz.govt.nz/speeches/5005204.html).

Thank you for taking the time to write. I hope you have found my comments helpful.

To get affordable housing we need a tax policy which favours investment in productive enterprises not housing, says the New Economics Party.

“If we don’t control capital coming into New Zealand and then don’t stop it going into housing through our tax policy, it’s no wonder we have a housing bubble in Auckland”, said Deirdre Kent, spokesperson for the New Economics Party. “And if we let the banks lend 100% on housing, we are asking for trouble.”

Freeing up land and changing the Resource Management Act is not working, she said.

“Banks are pushing money onto buyers and we effectively have a bubble which will eventually collapse. Wealthy Chinese are buying here to get their money out of China where they are clamping down on corruption. A lot goes into real estate.”

No progress will be made towards affordable housing until land tenure is separated from buildings, according to the New Economics Party. Spokesperson Deirdre Kent said “Until we impose a full ground rent – which can replace income tax as a source of revenue for Government – we won’t get any progress.”

She said that when homeowners just have to pay the price of the building, the price of the home is halved. “In Auckland where land is on average 60% of the property price, the price would drop even further if a full ground rent was imposed.”

“When property prices rise, it is almost solely because the price of land rises. Generally, the price of the house doesn’t rise. When the public captures the windfall from rising land prices instead of the banks and the private owners house prices will be finally contained,” she said.

She said some Auckland leasehold land fetched a ground rent of 5% of land value at auction and this money should really be public money because it is the public who has paid for the services to that land in roads, schools, sewers and businesses.

“Others have recently been proposing solutions to affordable housing but they are just tinkering around the edges.”