In healthy living systems there are systems within systems within systems. The same should apply to the organisational structure of health, education and welfare. So we are not going to be advocating either centralisation or decentralisation but a model where a local system is part of a bigger system which in turn is part of a national system. Each whole-part will have its own integrity and each will negotiate with other whole-parts for information and materials. And for all of them we will probably need multiple currencies. There will be a national system where the national currency will be used as well as others, and regional systems where regional currencies are used as well as national currencies. We will have to discuss this more of course and flesh out the policy and the possible boundaries.

We would discuss the best way to change this structure. The health, education and welfare function at national level would be for servicing, research, and coordination. Because each subregion would be an entity with its own integrity and patterns, we would expect considerable diversity to develop so that its education, health and welfare systems were suitably appropriate response to its regional conditions. 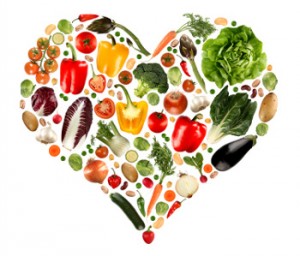 With the new reality of peak oil and the importance of food security, it is critical we are able to respond quickly to curriculum issues. A central government tends to be less responsive than a local region. It may be more important to return to basic trades, food growing skills and adapt to new ways to transport goods and people. The Transition Town movement will take a leading part in this.

Moreover with many medications and medical devices being derived from oil, it is critical to adapt quickly to a reduction of oil supply and what it will mean for medicine. More power to local areas will be necessary for this quick adaptation.

Unfortunately collectively our health is being undermined all the time by rising food prices which force the vast majority of our people to choose less healthy foods. As a result we have an epidemic of obesity. Oxfam estimates that food prices could rise by 70% by 2020 because of failing rice crops, wheat crops etc cause by climate change. 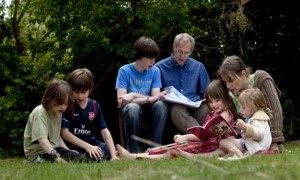 Because we are facing multiple crises it is essential we have an education system capable of reacting to this crisis.  It is possible very rapid changes in our school currricula will be necessary and the only organisational model appropriate for this quick response is the bio-organisation model.

Under our policies of currency reform and taxation reform there would be sufficient liquidity in the system to create jobs and a closing gap between rich and poor. So the need for safety net welfare payments would diminish. However there would remain one big issue, that of redefining work to value in monetary terms what society has always claimed to value – the work done caring for young children, the sick and the aged.

1. People should receive benefits in their own right. When a woman is the secondary breadwinner in the household, she disappears in all of this. New Zealand welfare entitlements are not based on individual but joint assessments. This system is having a negative impact on many families. It can undermine marriage or partnerships – separation in order to get a benefit. The system should be changed so that welfare entitlements are based on individual needs rather than household income.

2. The second idea is for a form of universal basic income in which all citizens over a certain age are entitled to receive from the state a certain fixed amount of income (financed out of general taxation) regardless of their employment status.

The Social Security Act 1964 should be repealed and a new system devised which provides an untaxed universal basic income sufficient for people with families to live on. Implement, as Gareth Morgan has suggested, a state paid income for all adult New Zealanders. This is called a Guaranteed Minimum Income, Basic Wage, Universal Income, National Dividend, etc, etc. Our version should be called a “Kiwi Dividend”. … The name “Kiwi Dividend” more correctly labels it as a payment made to all citizens as of right rather than as an act of charity.

(This section to be reviewed in the light of the reciprocity principle in Nature).