The Principles of Bio-organisation
Economics is about eco-nomics, looking after our households carefully. The economic system of humankind is just a way of organising what happens in our vastly complex trading systems and what happens in the realms of currencies with which to trade. Because homo sapiens is part of the natural system, its economic systems must mimic the way Nature organises itself to be self-regulating, self-organising and sustainable.  We are going to call this Nature mimicking organisation feature “bio-organisation”.  All our policies should reflect this. 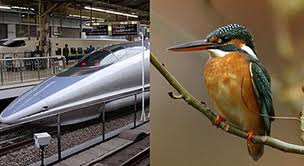 Mimicking nature has now influenced design, it is time it influenced how we organise an economy

The Nature of the living world is that it is systemic – it consists of systems within systems within systems. Living systems operate in accord with simple rules and principles. Feedback loops between all entities provide a dynamic equilibrium. Decision-making is distributed throughout the system, which functions  as a dynamic, living whole. Each whole is more that the sum of its parts because each whole has a pattern.  Each part is in turn a whole with its own integrity and its own unique patterns. Thus the age of simple centralisation is obsolete. Moreover simple decentralisation is also obsolete because it ignores the fact that in Nature the parts are nested in larger wholes and each negotiates with others in the best interest of the whole.

Systems which mimic nature are relevant to money flows, businesses, organisations, government, relocalisation and global trade. Each economy will be uniquely adapted to its place with a good fit to niche. 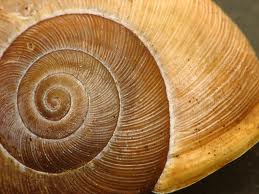 Living systems are self-regulating systems, i.e. they are self-correcting through feedback. The borders of any entity are semi-permeable, so there is some control over the energy and materials which go through the borders. Each whole-part has the features of diversity, complexity, coordination of parts, economy of effort and continuing recycling of materials and energy. There is no hierarchy, with no conflict between the development of a smaller unit and a national unit. Also organisms are at least as cooperative as they are competitive. give and take between organisms weaves complex beneficial relationships throughout ecosystems. The principle of reciprocity applies to all bounded systems. This is the natural law. Interest (usury) violates this principle. Self-destruction is the outcome.

Self-regulating systems are found in the physiological systems of our body, in local, regional and global ecosystems, and now we need to treat the national economy and the global economy in the same way. For many years we have violated Nature’s principles. If we look at the energy and materials which go through the borders of a country we will notice there is little control. Borders have been broken down; one sort of capital – derivatives – flows freely round the globe in seconds meeting absolutely no obstacles. 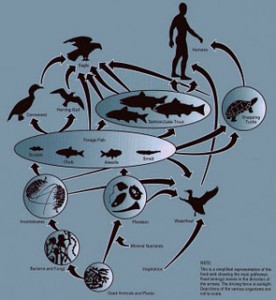 Energy and food flows are in harmony

Put a boundary around any site and there is an economy of exchange. Economy permeates all. (acknowledgement for various parts of this piece to Bryan Innes in Fleeing Vesuvius NZ Edition)

When we think in terms of nested wholes or Russian dolls, we should also look at the currencies. Up to now we have thought that each country should have but one national currency; that’s the way things are. But is that Nature’s model? Why do we have only one currency in a country? Monocultures have little or no resilience. Are we asking the right questions when we ask if Europe should go back to just national currencies? No. It is not Nature’s model. The question “Which is it – A or B?” has to now been answered with either A or B. But now we must answer “Both and”. In Europe they are talking about the return of the Drachma and the Mark as well as keeping the Euro.

A system readjusts when there is feedback. Feedback is screaming from all corners of the globe. The Occupy Wall Street movement is currently spreading like wildfire, illustrating the deep discontent with the bank-dominated capitalist system. The global economic system is shouting to us: “I am not working. You need to redesign me.”

To create a sustainable system there have to be two main factors – efficiency and resilience.  While efficiency is important, in Nature the weight is more towards resilience than efficiency.

So at each point when we are working on policies we will be Asking Nature! Whether it is looking at the gigantic and disproportionate power of the transnational corporations or how to reinvigorate local economies, we will Ask Nature. When we ask about money and goods flow in and out of New Zealand this principle will apply. When we ask about how money systems should be designed we will Ask Nature. And so on.