Today we heard the greenhouse gas emissions had risen by 5.9% in 2010. The world is on track for an 11 degree F rise in temperature and this came from the normally conservative Fatih Birol of the International Energy Agency. He had quite recently stated “We need to leave oil before it leaves us.” Something will have to happen quickly or else it will become completely irreversible.

Meanwhile our Treasury has of course stated that it has to revise the preelection forecast for economic growth, which, as I pointed out before, was predicated on three inaccurate assumptions. As I was gardening today I wondered how they managed to get it SO WRONG. Anyone with a brain who was following the developments in the Eurogeddon crisis could see there would be no smooth resolution of the debt crisis there. You can’t solve debt with more debt, it just puts off the day of reckoning.  And they assumed the price of West Texas oil would not go beyond $93 a barrel by 2016. Well I looked at the trend of that and it has already been beyond $93 but has dropped back. It is the lowest of the three types of oil quoted in our paper every day. On 2 Dec it was $100 a barrel and Dubai, which is the oil we rely on, was $106. As for growth of our trading partners, forget it. I don’t know why we pay these Treasury officials so highly if they are so stupid.

This week five people from Transition Town Lower Hutt put out a warning on the Euro crisis and suggested planning for a crisis by having a store of food, money and water. Sensible people all of them. Robin Westenra does a wonderful blog.

But good news. Today we heard from two people in Nelson who want to start our first branch there so we put them in touch with each other! And some really good people have now joined including a well respected environmental economist.

I received a letter back from the Minister of Defence last Friday saying no they had not received any information on the security implications if ur oil supply is disrupted.  He referred me to the Defence White Paper 2010  on www.defence.govt.nz. I haven’t had time to read it all, but once again I despair if our Minister of Defence and his officials don’t read the military reports put out in Germany and in US on the implications of oil supply for defence. Maybe there is a frustrated official somewhere in the Ministry of Defence. A job for someone?

So we await the Merkosy solution to the Europe debt issue 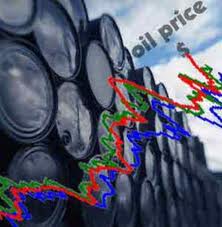