If not me then who?

I’ve been thinking about why this project started. What on earth would motivate a woman of 73 to start a new political party?  Shouldn’t I just be enjoying life at that age, playing bridge, knitting for my grandchildren and travelling. During the winter of 2011 I had had a Skype call from Richard Sanders, an ecological economist in Brisbane. He was worried. His concern was that things aren’t getting any better and that Transition Towns won’t solve everything. He said: “Even if your town becomes self sufficient in food and energy, what are you going to do when the raiders come over the hill?” We talked and together decided that until we are all free, no-one is free. Although in transition towns we have traditionally said to politicians: “A pox on all your houses, we will take leadership here locally to prepare for life here after peak oil”, I have realised that national policies and international policies are just as vital as constructive local action for resilience. 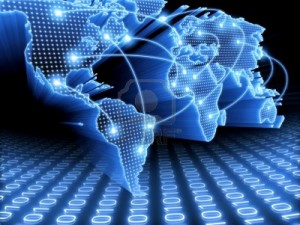 I was in a classical music concert in Waikanae on 20th August, a Sunday afternoon, and dreaming away happily. I had nearly completed a nine-week e-course on evolutionary spirituality and was contemplating my future from the point of view of my evolutionary impulse, defined in the course as ‘the part of me that wants to make the world better’. We had all been mulling over the vexed question of our life’s work in the world. Since the phone call from Richard Sanders I had been wondering whether I wanted to stay working for my local transition town group and local timebank or get into something national? For me it was time to move back into national issues. What would I do? A few projects came to mind.

So on the way home from the concert it became clearer. When my husband left the car to buy some fish I sent the following text to Laurence Boomert:  “Sounds a weird question but I just sat in a concert thinking if I could vote in the coming election or not. I wondered about the possibility of a Collapse Party.”  Back came the text:  “Have written a draft manifesto and was thinking of standing for Wellington Central.”  So it was all on.

During the next few weeks we brainstormed on names, started working seriously on a manifesto and floated the idea among friends and colleagues. Soon it came clear people would rather it was just a pressure group. The Green Party members wanted to help but couldn’t if we were to be a party. Tricky. So for a while we called it a Working Party on New Economics in case we dirtied our hands with politics.  Maybe the thought was “Politics is a dirty activity only for liars”? 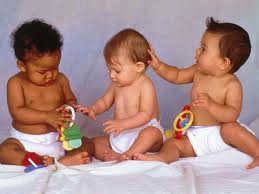 At one stage we thought if we wrote policy and drew attention to it, then parties could all help themselves and adopt it. But of course they won’t. How naïve! Then somehow, I can’t remember how or why, we switched right back, and jumped in. It was back to a political party and we ended up with quite a conventional name.

So the idea of a political party had surfaced for months, but was quickly dismissed as stupid. Yes I had played leadership roles before, but a political party? That is different. And back came the answer from the course “If not me, then who?” Well I had written a book on new economics, or at least the money side of it, and I had once been a city councillor, I had been a professional campaigner (for ASH in the 1980s) and had stood for the Values Party in 1975 and dabbled in the Green Party and the Alliance from time to time, even stood for local bodies as a Green candidate twice.

But there are all sorts of reasons why it shouldn’t be me. I have a husband of 86 and we don’t travel far from home. We have a big garden and home to care for. I had eczema very badly last year and could hardly walk for the splits on my feet. But it is under control now. I have had heart trouble. But I have just had two cataracts replaced and now I can see without glasses, so that no longer is an excuse. Those are my limitations.

But something happened inside me and I just jumped in. I have written most of this website, with suggestions and short pieces from others, and it is just a draft to discuss at our first get together in Turangi, 14 April, 2012. Because we have so little time to solve these Very Big Problems I have shamelessly cut and pasted from all sorts of sources, so if you recognise something as yours please take it as a compliment. Thank you for your contribution. I have no aspirations right now to be in Parliament, but will do whatever I can to advance the policies in any way you want me to.

One theory is that there are four general types of people required to be an effective group. We need conscientious people who just want to help, to be given clear instructions. We need directors who work out who will do what and organise it to be done. We need visionaries who can see the rocks ahead. We need carers, those whose role is to care for others in the party.

If you are one of these people can you please ask yourself the question “If not me, then who?”

“We definitely need art and music and disciplined, nonviolent but very real anger. Most, we need to tell the truth, resolutely and constantly. Fossil fuel is wrecking the one earth we’ve got. It’s not going to go away because we ask politely. If we want a world that works, we’re going to have to raise our voices.”

So stop waiting for someone else to fix the economic system that is killing our planet. There is no one else. It is you and it is me. If you want to raise your voice, go to Get Involved on the menu now and jump in! There is nothing to be lost and Life to be gained.

In fact if you want to help us get 500 members before April 2014, here is the membership form for you to download, fill in and post with your sub.