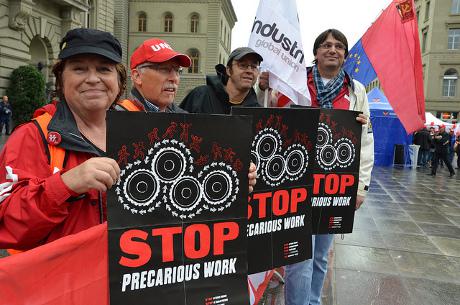 When job figures in the US came out in early November 2016 the unemployment rate was 4.9 percent and hardly anyone worried. For economists a 5% unemployment rate is a really good figure. But remember the new definition of who is employed? Employment in most developed nations these days is “at least one hour of work done in the past week by a person aged 16 or older”. So the “employed” includes all those who lack job security, and those with intermittent employment or underemployment and the resultant precarious existence.

This is what the Democrats missed. There is many a commentator who has observed that the urban privileged are completely out of touch with those who experience the worry of a day to day precarious existence, always uncertain whether they can pay their bills. This is the precariat. Professor Guy Standing, in a book published well before Brexit and Trump’s election warned that the rapid growth of the precariat is producing instabilities in society. He warns it is a dangerous class because it is internally divided, leading to the villainisation of migrants and other vulnerable groups. And, lacking agency, its members may be susceptible to the siren calls of political extremism.

Something familiar there? While they might not call it the precariat, Bernie Sanders, Donald Trump and Nigel Farage all appeal to this group. So while the question is legitimate, the solutions of Trump and Farage are wrong, wrong, wrong.

The tragedy is that just as politicians miss the precariat, economists miss energy. And strangely they are related. Here is how:

Oil is a remarkably dense energy source with one barrel of oil supplanting eleven years of human labour. Graph its use with the rise in GDP and they are in complete lockstep. The economy as it is currently structured is utterly dependent on growing supplies of cheap to extract energy. Only a fool would deny it is extremely unwise to build an economic system that relies on ever growing expansion in oil supply. In real terms energy supply is already on the decline due to the expanding internal energy requirements of the oil industry. 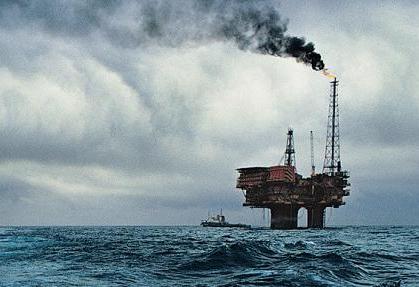 Actuary Gail Tverberg writes that peak oil didn’t play out as expected because we didn’t factor in the financing of the oil industry. As the cheap-to-extract oil ran low, the cost of extracting non-conventional oil grew higher. This meant the firms had to go into more debt in the form of bank debt, bonds and derivatives. Eventually the debt overwhelms the oil companies and the layoffs begin. In order to pay interest on all their debt, indebted firms have had to keep wages low. The same happens for all firms that extract commodities, because they all require cheap-to-extract energy. The last step is that these low wages reduce the general demand for goods.

Nicole Foss points out that if demand collapses, the money supply declines and a deflationary spiral begins that few notice. 18 months after the decline in oil prices started, by February 2016 Bloomberg Business reported there had been 250,000 oil jobs lost and apparently each of these jobs supports over three basic wage jobs.

Tverberg says, “Why is the price of oil so low now? In fact, why are all commodity prices so low? I see the problem as being an affordability issue that has been hidden by a growing debt bubble. As this debt bubble has expanded, it has kept the sales prices of commodities up with the cost of extraction, even though wages have not been rising as fast as commodity prices since about the year 2000. Now many countries are cutting back on the rate of debt growth because debt/GDP ratios are becoming unreasonably high, and because the productivity of additional debt is falling.”

So the drop in oil prices leads us to an underlying problem. The world is reaching the limit of its debt expansion. This is what is called Debt Deflation.

So even though we are living in a time of energy constraints, our blinkers don’t allow us to see that. Risk analyst David Korowicz wryly observes,”The irony is that people may rarely notice they are living under energy constraints. Energy retraction from the global economy can be achieved by production declines or collapses in demand, though as we have seen, they are deeply inter-related. We may experience energy use collapse not as an energy constraint, but as a systemic banking collapse and vanished purchasing power.”

So here is the source of the vanished purchasing power of the precariat. In a post election blog energy analyst Richard Heinberg observes that the problems won’t go away when Trump is elected. In the face of the door being closed to national action on climate change, build community resilience is his message. “The most promising responses to our twenty-first century crises are showing up at the community level anyway. It’s in towns and cities across the nation, and across the world, where practical people are being forced to grapple with weird weather, rising seas, an unstable economy, and a fraying national political fabric.”

None of these arguments will be known to the incoming president, though some advisors may try to educate him.Good luck to them. He is an anti-science president. If he slaps tarriffs on as he has promised, purchasing power will decline still further and accelerate the already active deflationary spiral.

Trump’s attitude to women seems the same as his attitude to the environment – if it’s there, it is there for my use. Coal stocks soared on his election and renewables dropped. However, oil stocks didn’t rise much, possibly a sign that reality of constraints are already priced into the market.

An interesting question with Trump is how committed he actually is to his own ideas, from the potentially sensible to the crazy.   He is a “top of the head” sort of a guy, who changes position and contradicts himself on exposure to new things (or simply because he finds himself in a new context). Is the Presidency just a vanity project for him, in which he will blow with any policy wind he encounters? His victory speech, and his abandonment of the “Lock her up” approach, suggested that.

At the worst, if his “vision” as expressed during the campaign carries through, the US (and to a lesser extent the world) are in for an appalling time – racist, misogynist, anti-environment, pro-individualist, pro-violence and so on. And if the Republican Party as a whole gets the bit between its teeth, the US Government will be gutted and corporates will simply finish their take over. At the best, there’s no doubt he has created more space for these sorts of behaviours at the fringes in the short term. In between, as seems more likely, the direction as a whole will probably be negative, but it’ll be muddled and maybe not so fast moving.

There are a few bright spots, less likelihood of a war with Russia and above all, an increased energy and commitment of climate change activists. Our lives depend on it. He has focussed our minds. There is no spare planet. Somehow we must find a way.