I think it would be forty years ago that I first advocated strengthening the local economy and about twenty years ago I began to believe that a local currency and a local bank were  necessary for this to happen. To help mainstreet we need local money 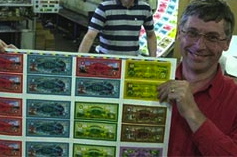 If you are like me and fraternise with people in the complementary currency and peak oil movements you will have been told the line: “When there is a crisis, whether it is financial or a civil defence crisis, you will need local currencies to help you survive.” You are exhorted to help build an alternative economy where you trade with each other, start your own savings circle so you can lend to each other without interest, use a locally owned bank or credit union and so on.  So far, so good.

The theory is fine. Ignore the mainstream economy, get to know your neighbours and abracadabra you will be safe. Banks can collapse and they can have as many financial crises as they like but you will survive.

Some very good people have handed out this line of advice, and still do. I believed it and advocated it myself for years too. It is just that it is not enough and it’s not a really accurate story.

But if our economic system grinds to a halt, time banks and LETS systems won’t get us very far. They won’t buy us houses and they won’t provide investment capital for new sunrise businesses needed to produce jobs. They won’t clear up a welfare mess or stop wealth accumulating with landowners. They won’t stop investment banks from beguiling investors into buying fraudulent products. They won’t  rebuild a hospital or even perhaps fix a washed-out road.

These actions are for national politicians.

Yes I do know that there are a wide variety of local currencies and national complementary currencies that can match unmet needs with excess resources. I wrote a book on the subject. At the time, I researched and described as many of these economic tools for self-sufficiency in the book as I could, and there are even more nowadays.

But it is critical to go further in this quest, because no matter how many local initiatives that can be taken, there is still the necessity for initiatives at national level. 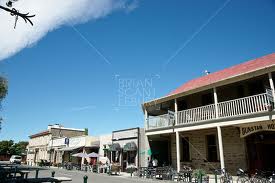 So we need to scale up complementary currencies. At first I believed that if a local authority issued a local currency and accepted it for payment of rates, that would be as far as we could expect. It would do the job nicely. But others persuaded me New Zealand is a very small country those who have lived in Europe say our national really resembles a local currency. Besides, now that you are thinking about national politics you have to address the tax system.  And what about the growing power of the banks? Where would you keep your money that was safe?

About two years ago, after I had worked assiduously for years to start a local Transition Town and start a local timebank,  I had a Skype call from an Australian environmental economist that I once shared a platform with after my book came out. He  told me he was extremely concerned about the global situation. I said I was happy with my Transition Town work and my timebank work. He then reminded me that even if we in our town had reached a remarkable degree of self-sustainability, even if we could feed ourselves and clothe ourselves and provide energy for our transport and warmth, what would happen if hungry people from the neighbouring town invaded us?

Oh, that made me think. So it wasn’t long before I had left the Transition Town and timebank colleagues to soldier on without me and had turned my attention to national politics, that I finally addressed some of the national issues.

OK so what if we scaled up complementary currencies and designed a second national currency differently from the one we have now?  Yes, that is what I have been working on now for a couple of years and one of those efforts is on this site somewhere.

And I have also been working on the idea of linking that new national currency to a radical new tax and welfare system.  Those long years in the local currency movement have completely convinced me of the idiocy of income tax and I already knew that sales tax like GST hurt the poor more than the rich. When you see the administrators of tiny LETS systems struggling to persuade Inland Revenue that their trades should be free of tax, but this is only allowed if a plumber in normal life doesn’t do plumbing for his LETS trading. That is ridiculous. Then I saw the unfair rulings of IRD when barter companies pleaded with them to show mercy. Their good small businesses just had to go under.

Basically the new system would grow in the undergrowth of the older unbalanced economic system producing all the misery of climate change, poverty, instability etc.

That is what I am working on now with other people who can see the vision. It won’t be long now before we come up with a clear proposal. It is a systems approach.