John Campbell introduced the piece on RNZ’s Checkpoint with the remark, “A separate currency for Christchurch could be real. Is the city serious about it? Are they for real?”. He said he had done his own research and found the Bristol Pound in UK. And the Totnes Pound and the Brixton Pound.

Chair of the council’s Finance Committee Raf Manji explained there were 2,500 community currencies operating round the world, talked of his preference for the Bristol Pound because of its convertibility. Treasury and RBNZ need to be involved. Our plan is to launch it at the 2017 Social Enterprise World Forum. http://www.radionz.co.nz/national/programmes/checkpoint/audio/201795721/christchurch-could-soon-have-its-own-currency 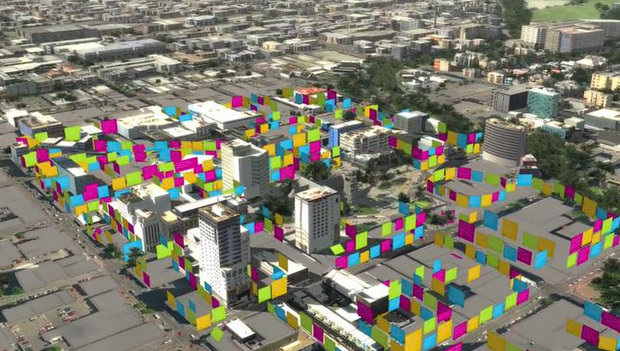 According to Laurence Boomert, Wellington Central candidate for the New Economics Party, the best thing the government could do to help Christchurch recover to allow them to create a range of interest free local currencies.

“Here we have a cost of up to $30 billion for the Christchurch rebuild. It is time to think outside the square,” said Boomert.

The Council could reduce its expenses in NZ dollars, and if local businesses play their part, then the labour part of local infrastructure repairs could easily be paid with a local currency. Boomert said there is a huge component of local labour and there should be no need to use precious national dollars for that.

CERA, the Canterbury Earthquake Recovery Authority needs to play its part. It is already empowered to override any existing legislation, so that should also be true for the legal tender law. CERA could declare the Christchurch Earthquake Dollar legal tender, and then have the City Council issue the money by spending it into circulation. He said it would involve legislating to ensure that the Christchurch dollar would be acceptable for paying rates.

It would be essential that the Chamber of Commerce and other business associations should be on board and we call on them to do so. Since local businesses are hurting as a result of the earthquake, anything that increases turnover should find their support.

Boomert said the Council could persuade locally owned businesses to accept the Christchurch Earthquake Dollar and in this way money could be kept in Christchurch.  The notes could have pictures like the old cathedral and other landmark buildings on it.