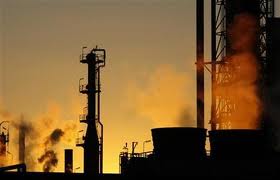 What is the point of shutting down a coal fired plant at home if another is opening up on the other side of the planet? The right to emit greenhouse gases is a huge economic advantage. According to Jeff Rubin “If countries impose controls unevenly manufacturing will quickly migrate from that part of the world where emissions are controlled (and hence cost money) to that part of the world where emissions are uncontrolled (and cost nothing). In exactly the same way that manufacturing jobs flee high wages and high taxes, they also flee expensive carbon”. Because climate change is probably our most pressing challenge, and because some countries have not adequate measures in place to do anything significant to mitigate climate change, tariffs would be imposed on imported goods from countries whose policies on climate change did not meet a certain standard. Sarkosy calls it a “Climate Tax levied at the borders.”

Another round of climate change talks for voluntary cuts will just result in more frustration and desperation. What we need to do is impose a carbon cost at home and then impose the same standards on imports. Then we save the world and beat our trade rivals while doing it. Getting a trade advantage from imposing carbon taxes is the only way to go.

We in New Zealand are all paying more for petrol and electricity because of our ETS legislation to save emissions.  We are thus subsidising another country’s trade advantage by going greener. That is a bad deal for both our economy and the global environment. Emission intensive industries should be located in the the countries that have the most carbon-efficient technology. With the stroke of a pen jobs many long lost jobs could be brought back home.

China already has more coal plants than the US, UK and Japan combined, and over the next twenty years that country and India will account for almost eighty per cent of the expected doubling in global coal consumption.If these guys aren’t playing by the same carbon rules that we are, it’s game over. 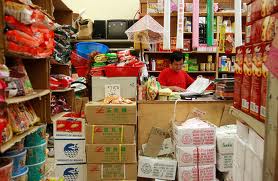 We are not saying this is going to be simple, but the logic is there. It just means we have to work at it. To tax all of the emissions associated with goods (thus reflecting their true carbon cost), customs officials would have to know exactly how much steel was in each car or dishwasher, for example, and where and how every bit of that steel was made…a tall order, given that materials can be transformed many times before they end up in a product.

The first carbon tax to reduce the greenhouse gases from imports comes not between two nations, but between two states. Minnesota has passed a measure to stop carbon at its border with North Dakota. To encourage the switch to clean renewable energy Minnesota plans to add a carbon fee of between $4 and $34 per ton of carbon dioxide emissions to the cost of coal-fired electricity, to begin in 2012, to discourage the use of coal power; the greatest source of greenhouse gas emissions.

Other tariff policy would be reviewed, and urgent attention given to how we can extract ourselves from international free trade agreements.