Recently a friend who was writing a document for an organisation who is planning a new New Zealand asked me for a brief contribution on the commons.  Here is what I sent him: 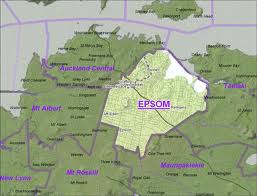 Nature has provided the land we live on. This is the Commons we share by birth and everyone alive should have an equal right to access their share of the Commons. But everyone can’t occupy the same piece of land. Those, therefore, who use the best land should compensate the rest of us for the privilege they enjoy.

Henry George, Pierre-Joseph Proudon, Silvio Gesell and even Winston Churchill argued that work should be untaxed and the monopoly use of land should be taxed. The rise in land value as a result of government built infrastructure, the arrival of shops and businesses and organisations should be publicly captured. This income should be shared by all levels of government and some redistributed as a Citizens Dividend. The tax on land value is simple and cannot be evaded as you can’t hide land. The problem these days is finding a politically acceptable method of doing this. Property owners already pay a mortgage and rates and won’t accept a third payment on their land. Moreover it is the banks who capture a significant part of the rise in land value. Yet we must face this political challenge. The gap between rich and poor will keep widenening when we have a tax policy which favours landowners who reap unearned profit.

Other parts of the commons should also be shared. Private enterprise should not include private ownership of the elements of life. Everyone by right should have access to land, water, airwaves, fisheries, minerals, electromagnetic spectrum, any public utility such as a port, airport or the monopolistic rights to reticulate wires, pipes, roads and rails.

The principle is that we should pay for what we hold or take but not for what we do or make.