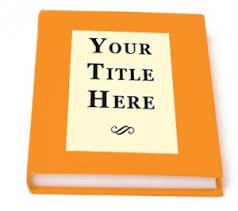 I need help. I have struggled for a long time with a suitable name for the book I am writing, a book that is based on the contents of this website.

I have already submitted an essay to an international competition for called What’s your Alternative? I called my essay A New Political Economy. Boring title but it gives the crux of it.

I know naming a book is very important and I have a designer ready and waiting to design a cover. So I have been reading a marketing book called Platform: Get Noticed in a Noisy World by Michael Hyatt. He seems to classify good titles under one of four categories, PINC.

Going through titles for TED talks I find lots of I titles and P and N titles and even C titles.

I know it is a nerve to take on such a task, but this book designs a system for a country, not the entire planet! But honestly the system we have is broken, we have passed peak oil and our system is designed for growth, and we can’t get that now. We are in real trouble and the old system is just not going to serve us any more. Almost all economists just want to tweak the old system. This book says we need to start again with a completely new model and so it proposes one.

Would you help me? The ones I have thought of so far are the following (I have had a Facebook group on the topic but I think the people there are getting a bit sick of the problem). Note: there would be subtitles too, bit longer.

Now having re-read Platform and been through those TED talk titles, I am submitting:

Disrupt! A New Political Economy redesigned from scratch
Stand Aside Economists: We need a completely New System
The Big Shift to a Surprising New Economic System

I am open to anything and await advice from innovators, linguists, disrupters, comics, originals, advertisers, marketers, publishers

Later: The book is going to be called The Big Shift: Rethinking Money, Tax, Welfare and Governance for the Next Economic System. A hard copy will be ready in mid March and a kindle after that.